Did this simple cupcakes tonite. The actual recipe calls for fresh cherries but I substituted for cranberries and prunes. 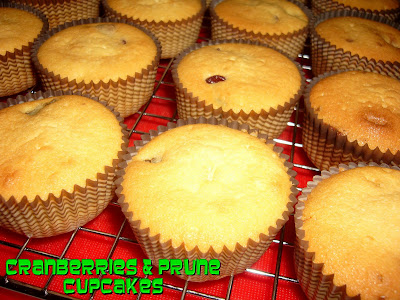 Method:
Preheat oven to 180 degrees C. Butter all the cupcake moulds. You could also butter paper moulds to stand inside the cupcake moulds. Place the butter and sugar in the bowl of the food processor or mixer and cream together. Beat the eggs in one at a time, then add milk. Don’t worry if the mixture appears curdled, it will turn out creamy again at the next stage. Sift flour and baking powder into a separate bowl and fold in the mixture half at a time. If you are using a food processor, transfer the mixture into a bowl and fold in the cranberries and prunes by hand (I just used a ladle to mix it). Spoon the mixture into the cupcake moulds until they are filled up to abt 2/3 or ¾ of the moulds. Smooth the the surfaces. Place in the oven and bake for about 20-25 minutes until it is golden brown in colour. 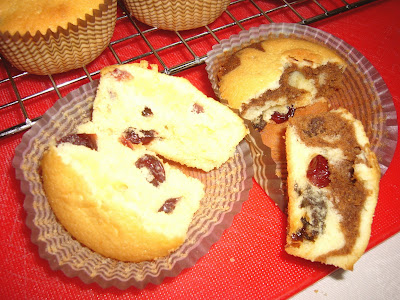 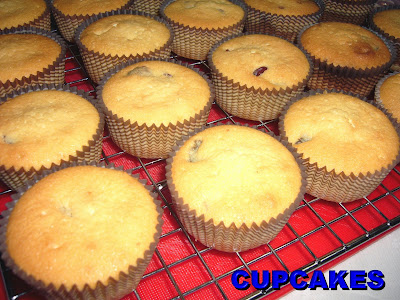