It's been a while since we've last met. By that, I meant one of closest friend and classmate since 1976. Back then we were in Commonwealth Sec School. Yeah, we did call, email and sms once in a while but that's that. So when we get the opportunity to meet, I guess it's a worth looking up to, and a lot of catching up to do. How time really flies.


Safaruan Mohd Noor. Yup that's his name, or Wan as we would called him - a popular guy during our time in school. With his musical talent (esp playing the guitar), I guessed he's melted & broken many girls' hearts, heheh.... Now he's happily married to a long-time sweetheart with four kids in tow. (You win me on this ya!! coz I've three!)


Another fact abt him.... he was the son of a popular local TV personality (dramatist), the late Encik Mohd Noor Juri (Al- Fatehah to him), an activist with the Malay theatre group "Perkumpulan Seni" or PS. Currently with a local Nasyid group SOLIHIN, they have released a debut album with the same title. Safaruan has also contributed & composed 2 songs, one of which Secebis Kasih dan Dunia Sementara. Congrats! Syabas to you & SOLIHIN. May Allah's blessings be with all of you in your path towards spreading the teachings of Islam. 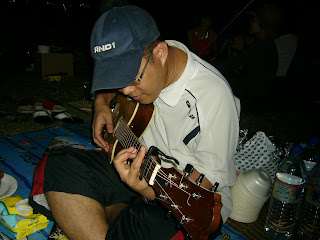 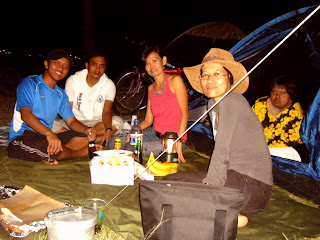 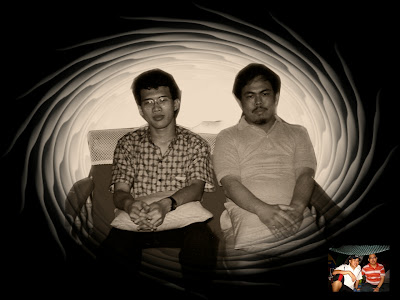 OK, OK, back to topic. Actually I wanted to do quite a few bit of stuff to bring to the place where we're having barbeque since I'm having my Saturday off yesterday. However, due to unforeseen circumstances, I had to report for work. So, contingency plan came in. Fried noodles scrapped!, marinated chicken wings, hotdogs, ccustard pff & eclairs still on but .. my fruit tarts will come without the usual custard base filling, something which I really adore. So, I guess, I have to rely on my whipped cream to do a quick and fast job of making a cushion for all the strawberries, peaches, pineapples & kiwi fruits to sit on!!! . If I really had the choice, nope, I'd rather toil to make the custard base as I believe in not only making the food taste good but also look good & presentable. 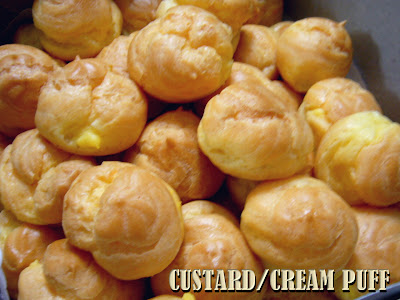 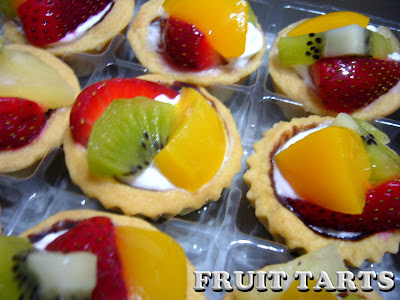 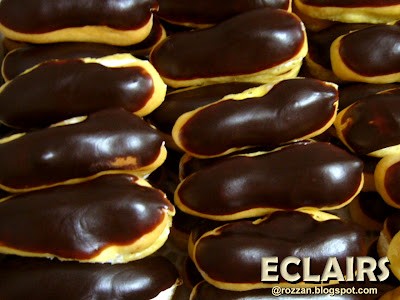 We went there after the Asar prayers and stayed for a good three a half hours. I suppose it a time well spent and a good way to strengthen 'tali silaturrahim' amongst us. Too bad, some of our other close friends are not available. I really miss the good old days back then, when all of us were together, happily enjoying ourselves and probably not worrying about our futures! So, if you happen to read this... Musa, Zaini, Ishak, Rahim and the rest..do keep in touch ya!
Posted By BR at 7:23:00 PM

Email ThisBlogThis!Share to TwitterShare to FacebookShare to Pinterest
Labels: PAI/PASTRI/TART

I have been reading your blog with interest almost daily and I really admire your baking and cooking skills.

Anyway just to let you know that your custard puff, eclair and fruit tart look so yummy and I am sure they will taste just as great.

Keep posting more for us to admire ok!

The eclairs look appetizing. I never got around to do it because i know it will taste awful. Recently I ate Profiteroles & Éclairs at a wedding function and it taste delicious! I'm wondering if you happen to know any shops that sells nice and tasty Profiteroles & Éclairs? Terasa nak makan lagi. =)

Thanks and great blog btw.

Thanx fr ur interest in my blog. I'm just happy being able to share with anyone who share similar interest. Heheh, those pastries ...mmmm have been my favorites, nice.

Hi anonymous.
I'll try to check for you. Insya'allah if I find it, will keep u informed.